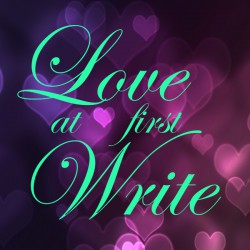 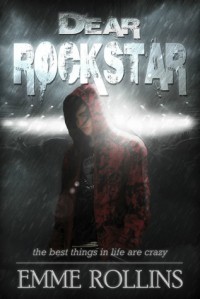 This book was quite the quick read and REALLY enjoyable (which I needed after reading Nickel and Dimed haha). This was done in a couple of hours tops and I barely put it down to eat dinner! So fast that I didn't even get a chance to change my Goodreads status to 'currently-reading' before I had finished the book!

The main character of the book is Sara and she lives with her mother and stepfather in an Apartment. Which just so happens to be the same complex that the new boy at her Academy lives in. Dale Diamond looks just like her idol, Rockstar Tyler Vincent, and she's captivated at first sight. Sara's family is poor, she's not allowed to date, and quite obviously there's abuse going on in the way she calls her stepfather the 'stepbeast'. Fantasizing about meeting Tyler Vincent, becoming friends, and escaping her life has been her goal since 14. Her bedroom is completely covered in his pictures and she draws him all the time (she's an amazing artist) and he's really become her obsession.

Sara's best friend Aimee also has some very real problems. Aimee is anorexic and bulimic which I found a bit odd. She's been Sara's friend for years and Sara seems to go starving from lack of food at school a lot. Aimee knows that and eats in front of Sara only to puke it up again later. Though I suppose it stems from an insecurity issue. My point of view probably sounds really judgmental and naive, but I've never been in that situation and really can't decide what to make of it.

With issues of their own, Dale makes Sara happy and they help each other through a lot. Reading their relationship grow and have it's ups and downs was completely relatable and very well done. Especially all of the plot twists that I won't talk about because I don't want to spoil the book haha. But the truth just really brought everything down to earth and freed Sara. Her journal addressed to "Dear Rockstar" tied in nicely and the detail was great.

That brings me to my next topic, sex. It wasn't super descriptive or anything, but it was a spotlight of the book multiple times, and (Game of Thrones aside) not something I typically read. I don't mind sex in books, I just don't think it should be in YA because while I personally don't mind, thinking about kids reading this sickens me. I WILL praise the fact that these characters were older (out of high school at least) and were prepared for consequences. So kudos to you, Emme, for making quite the interesting book. Actually, it DID remind me of Game of Thrones relationship-wise which I, again, won't talk about because it's quite the spoiler.